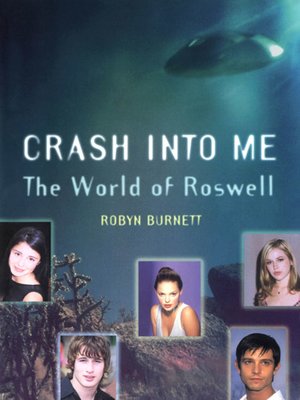 I have wanted to read this for a long time, I think my next book order will have this title! Great review Kari! WoW, this sounds like the kind of book that will be very difficult to read I'd love to find out what happens to these 4, whether they carry out their plan, or decide that life is worth living I read this book earlier this year, but I have to admit, something kept me from loving this book.

To me, it didn't feel like the characters were developed enough for me to form enough of a connection with them I'm glad you loved it, though, and I would recommend it to others, just maybe borrow it first, before you buy it! Defiantly not what I was expecting. I was expecting like a YA romance book. Not about kids who want to kill themselves. Great review though. Damn yo made this book sound awesome! The one book not on my shelf lol - must buy it soon I think this sounds phenomenal.

I don't know why I've never paid much attention to this one in the past. I'll definitely be keeping an eye out for it now. If for no other reason I think I would like to read this to see how it ends. I am also interested in how the author uses these four characters to investigate teen suicide.

Really enjoyed your review. I've heard about this book almost a year ago, and wanted to read it every since! Great review! When they meet online after each attempts suicide and fails, the four teens make a deadly pact: they will escape together on a summer road trip to visit the sites of celebrity suicides As they drive cross-country, bonding over their dark impulses, sharing their deepest secrets and desires, living it up, hooking up, and becoming true friends, each must decide whether life is worth living--or if there's no turning back.

With a contrasting cast of characters, brought together by their connecting desires to die, this book pulls from the start and doesn't stop twisting the reader until the very end. Throughout, the question lingers whether these four teens will fulfill the end of their pact and commit suicide together once they reach their final destination or if their time together will give them reason to want to live. Owen is the narrator for this story, giving the reader stark insight into his life and forging a strong connection from it.

He is very introverted and quiet, speaking only at certain times and otherwise remaining in the background though this striking feature of his personality was diminished slightly by his narrator status, as his constant stream of thought created a lapse for the reader between what was internal and external.

Owen harbors one striking secret of his own, one that drives much of his behavior and mannerisms in a very heartbreaking but understandable way. His motivations and mindsets are very well portrayed, easily allowing the reader to understand why Owen believes things would be better if he simply faded away. His constant pain and hurt, hidden in the shadows of his insistence that he simply doesn't feel things much anymore, create a very empathetic, lovable character that stands out.

Audrey is brash and bold, telling things like they are and not caring if people get upset. She is manipulative and snarky but there is a very obvious pain lying underneath that slowly comes out and shows up at unexpected times.

She develops a certain kinship with her car mates but her interactions with Owen are more clear than with Frank and Jin-Ae. Though she comes off rough at first, Borris does a fantastic job showing the very likable side of her and creating someone the reader will root for as much as Owen.

Frank is rough in a different way than Audrey and though he is the driver and just as integral to the plot and road trip as the others, his direct interactions with Owen are mildly lacking and therefore much of his personality and his reasons for being there aren't shown.

In truth, I admire this facet of the plot as it shows how introverted Owen is- how he doesn't even take the time to get to know Frank even in a tightly closed trip like this. Frank, like Audrey, is a character that is both hated and appreciated, doing many jerky and idiotic things but the same underlying pain and desolation resides in him as the others. Jin-Ae is the final teen in this set, having her own reasons for wanting to die that are very real and ones that many teens struggle with.

Borris handled her situation delicately and phenomenally, showing many insights into her despite Owen being the narrator. She had a rough exterior but not in the same way as Audrey, with hers being bred from a life of secrets and worry. Her personal growth and development was noticeable and her relationship with Owen from knowing him in person before the trip began helps build this. The plot is, at its base, simple: four suicidal teens taking a road trip to visit graves of people who have committed suicide before they finally finish what they ultimately want.

As it pans out, however, is far from simple, filled with intense, raw emotion, intense situations, and gut wrenching twists and turns. Borris weaves a remarkable tale of depression and pain, guilt and loss while bringing the reader along, allowing them to strongly feel what these characters, especially Own, do.

His writing is bold and very beautifully portrays Owen's personality and characterization. Overall, this is a very compelling read which will keep the readers engaged and rooting for not just Owen but all four characters, hoping they can find the human connection they yearn for. Very realistic, emotionally charged characters and a shocking but pulling premise, Crash Into Me is a read well worth it.

It ends in a fantastic place, giving the reader closure while still keeping the final events in mind and instilling lasting questions and thoughts.

I have wanted to read this for a long time, I think my next book order will have this title! Great review Kari! WoW, this sounds like the kind of book that will be very difficult to read I'd love to find out what happens to these 4, whether they carry out their plan, or decide that life is worth living I read this book earlier this year, but I have to admit, something kept me from loving this book. To me, it didn't feel like the characters were developed enough for me to form enough of a connection with them